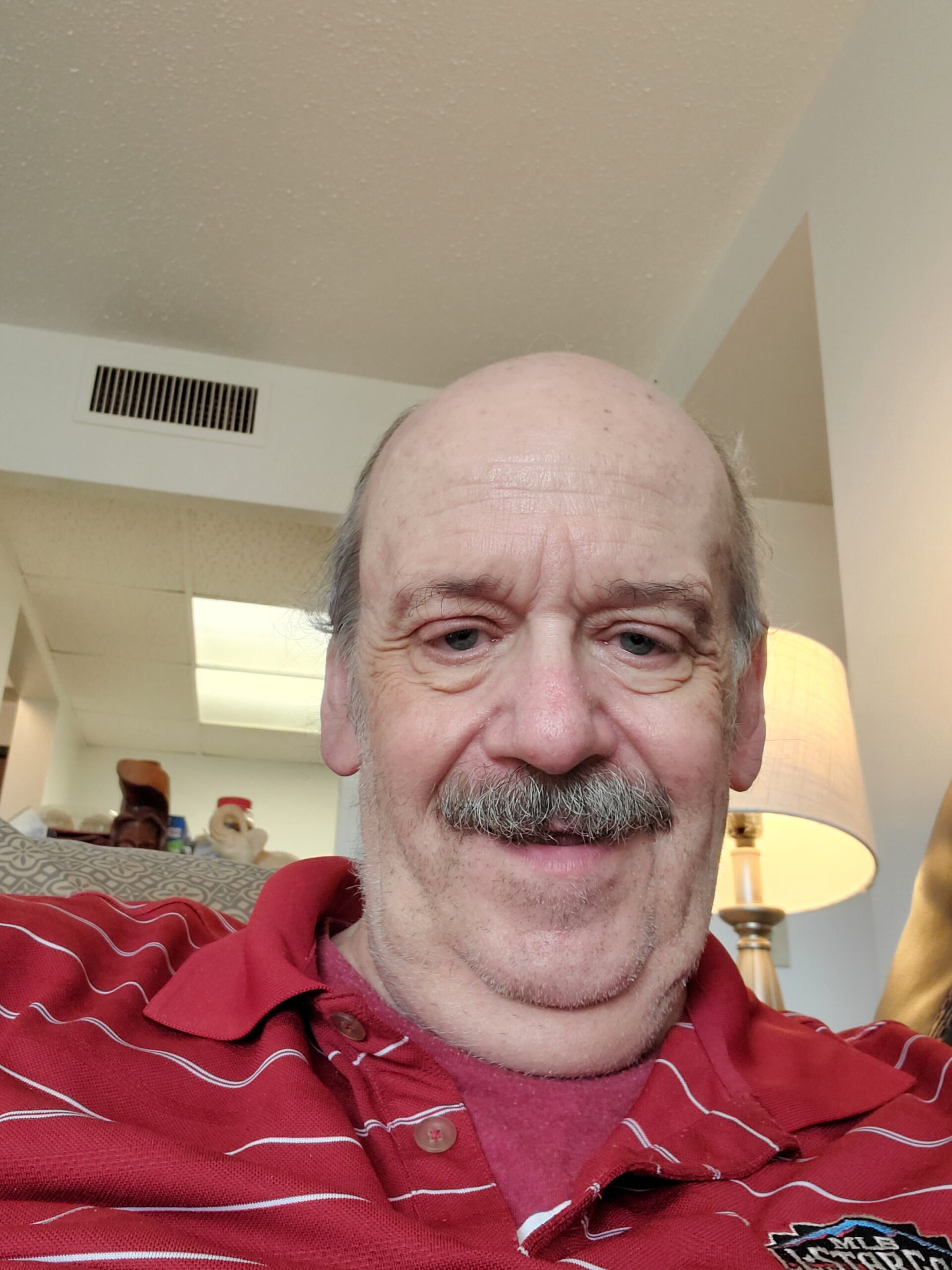 My name is James Myers. I live in Hammond, IN. I am an ESRD & PKD patient. I was lucky enough to have a transplant on April 27th, 2016. I write to you today to tell you my story, as well as, my experiences with polycystic kidney disease. At the age of 25, I went into the hospital with chest pain. From a simple x-ray, and was diagnosed with PKD.

I have lost 5 members of my family to PKD, including my Dad. Because of my family’s history, I was immediately referred to Dr. Hellman, a nephrologist at Indiana University Health. He immediately put me on high blood pressure medication and a renal diet. I faithfully followed up at the kidney clinic every 6 months and took my medicine. I did the best I could do to stay on the kidney diet. There is no cure for PKD, and at that time there was very little they could do for me.

I tried to ignore my condition and carry on with my life, but in reality, the fact is that after I was diagnosed with kidney failure, all of my decisions were colored by my impending death, or so I thought. It was a factor in a failed marriage, a legal career being cut short, and two professorships at two different colleges lost. I loved being with the kids.

Every step that I took from the date of my diagnosis was for one reason and one reason only; to avoid dialysis. I was able to do that for over 30 years, but in 2012. I could not delay it any longer. I began passing out, at home, in my classroom, everywhere. Many times after passing out, I was fearful I would be unable to reach the phone and call for help. I lived alone, and this caused a great deal of anxiety. At the age of 58, on July 28th, I started what would be a 4 year stretch on lifealysis. My schedule was 3 days a week, 4 hours per session.

I was very, very angry when I first went on dialysis. After watching my Dad die, I felt this was the beginning of the end. I had dreaded this for a long time. My Dad passed after a short 5 yrs on dialysis, and I felt I was on the same life path as him. My days were numbered. I observed that many of my clinicmates came to the center by ambulance, were brought in on a gurney, walker or wheelchair. Many used a cane. Many were diabetic on top of ESRD, and had suffered ambutations. 5 people’s were 90 yrs old or more. One woman was autistic and had the mentality of a 10 yr old.

One of my dearest friends, Maureen O’Brien, looked after me. Forced me to open my eyes. I was able to drive and walk around on my own power. I had a fairly clear mind. I was taking classes toward 2 MBAs and was teaching other MBA candidates at the same time. Maureen had been dealing with kidney disease since the age of six. Every step along the way she had to argue and fight with healthcare officials. She had 3 transplants. She provided encouragement and a bright, vivid smile. She provided a light on my path.

I began to understand my role. I made a conscious choice. I wanted to help my fellow Kidney Patients. I wanted to use my loud voice to help others. I wanted to advocate for my clinicmates who could not advocate for themselves. I did not like the way the dialysis clinics, the government and the care staff pushed around or neglected my fellow Kidney Patients. The last straw for me was when they began to push for the cutting of funds to dialysis patients and clinics. I looked around the room and I realized with my health and skill set, I was the only one who could help. It occurred to me that if i did not accept this responsibility, maybe no one else would.

I joined as many kidney organizations as I could, I applied to be an advocate for as many groups as I could. I became very, very active on social media. I wrote petitions, I blogged, I contacted newspapers, I spoke and visited with my Congressman and Senators. I spoke frequently. To this day, I do whatever I have to do to bring about change for my fellow Kidney Patients. My life has purpose now. I like to think that my Dad & Maureen would be proud of me.

I know that many of you are not used to me writing this way. I feel it is my responsibility to lift spirits, so I rarely talk about personal issues anymore. It is my hope to inspire others to likewise advocate for our fellow Kidney Patients. My friend Steph asked me to write my story out. Stephanie has been very candid with me, so I felt as she advocates for us, I should be just as candid with her & all of you. The point of this Kidney Story is to raise hope and to thank Stephanie and all of you that advocate for Kidney Patients.

PKD affects approximately 600, 000 Americans and 12.5 million people worldwide. It is one of the most inherited diseases on the planet. Polycystic Kidney Disease is more common than Cystic Fibrosis, Sickle Cell Anemia, Muscular Dystrophy, Hemophilia, Downs Syndrome, Hodgkins Disease combined. PKD is one of the four leading causes of Kidney Failure. It costs the federal government in excess of $2 Billion annually in Medicare and Medicaid costs for dialysis, transportation and related treatment. There is no cure. Please consider giving generously to the PKD Foundation. Link to donate:
https://pkdcure.org/donate/tribute/